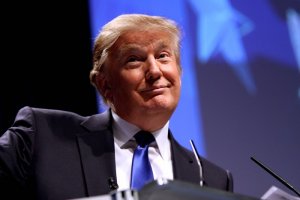 All travelers with valid visas and green cards have been prevented from boarding flights and banned from entering the U.S immediately after Trump signed an executive order banning citizens from 7 Muslim countries.

This news has been already confirmed by the US Department for Homeland Security which said that this order will be applied starting from Saturday afternoon! It’s applied to all green card holders, meaning lawful permanent residents for the U.S. This order requires U.S border officers to turn away any traveler from Iraq, Syria, Iran, Libya, Somalia, Sudan and Yemen.

Lawyers have already announced they will take legal challenge to this order which the US Department for Homeland Security confirmed today and applies to all green card holders (permanent residents of the United States).

This order that Mr. Trump signed, is an executive one that immediately closes U.S borders to all refugees from the above mentioned countries for at least four months and also, temporarily banning all travelers from these Muslim countries.

He said that the reason why this order applied is because they want to ensure that they are not admitting into U.S the very threats that the American soldiers are fighting overseas.

Even though this order has some exceptions for diplomats or dual citizens, it takes no account of whether travelers have been into the United States before or not.

Also, people who are legal permanent residents or else said legal green card holders that currently live in the United States are advised to consult immigration lawyers before travelling outside the U.S.

Previous What to expect at the U.S.-Mexico border?
Next 10,000 Refugees From Muslim Countries Will Get Hired By Starbucks