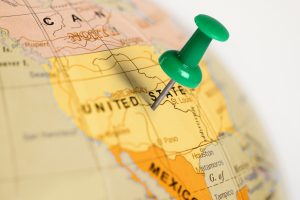 By next month, nearly 14 million people around the world will have applied for the Visa Lottery, a unique program which allows foreign nationals to fulfill the ultimate American dream: win a green card to live and work in the United States. Only 50,000 candidates, or 0.3 percent from the total number of applicants, will be successful.

The Diversity Lottery Visa was established in the 1990s and took several forms before settling for the final version which is used in the present. In the U.S. immigration system, 50,000 diversity visas are a small number compared to the cap set for other immigration streams. Last year, for instance, the U.S. government issued almost 11 million temporary visas and 550,000 permanent residence documents for people coming to the country through work or family ties. While it accounts for a small part of the overall influx of immigrant in the U.S., the lottery is the only immigration program to have such light requirements. In order to be eligible for the program, applicants must come from a country that has sent fewer than 50,000 immigrants to the U.S, in the previous five years and have a high school diploma. Winners are selected randomly through an electronic system and then processed by the Kentucky Consular Center in Williamsburg, Kentucky.

So far, the lottery has served its purpose, which is to create diversity in the nation. Africans, for example, make up one of the fastest immigrant groups in the U.S. and the DV program has played an important part. Last year, more than 37 percent of new Africans in the U.S. came through the lottery.

2016-10-28
Cristina
Share
Previous One in four babies in the US born to immigrant mothers
Next Almost 1.3 million Vietnamese immigrants in the US