Automation will revitalize the American workforce; Here are the facts 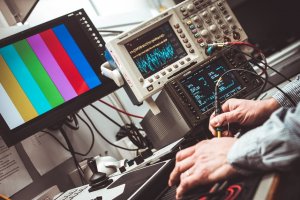 A survey conducted by a global talent management firm called Randstad Sourceright, showed how the automation and robotics are more likely to have a positive impact to the workforce than a negative one. They asked and studied over 400 corporate HR leaders about this issue and how can this trend be one of the driving forces behind new hiring over the next several years.

The move towards automation and also artificial intelligence cannot be skipped. More than 15% percent of all these global HR leaders admitted that robotics and automation completely changed their business in the last couple of years. And more than 30% percent of them agree that automation will soon have greater influence all across the world in every business during the next years.

Despite you may see robotics and automation as a threat to the work force, more than 65% percent of them said they see the development of artificial intelligence and robotics as a very positive impact on their business. These automated processes are able to deliver a more efficient work and increase the overall output of every process.

Another interesting fact about these automation processes that many major corporates have included and added to their businesses, is the fact they haven’t actually decreased the need of specialized workers. Actually, the need of flexible, skilled workers is significantly increased  in order to control, manage and program these processes. While 26% percent of those surveyed said their businesses increased the use of automation and robotics in 2016, over 35% admitted they hired extensively over the same period just to keep up with company growth.

Previous Why USA is still the best country in the world to immigrate?
Next Trump is ready to sign new immigration order after the court defeats