As Texas grows, more languages are spoken at home 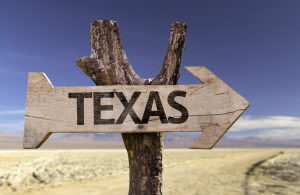 Of the nearly 24 million people in Texas who are five years or older, only 65 percent speak only English at home. The rest, more than a third, speak 164 different languages combined, according to the latest U.S. Census. Texas is known for being home to one of the largest Mexican communities in the nation, due to its proximity to Latin America. However, immigration patterns have changed over the recent years and the state is now welcoming newcomers from all over the world. The share of immigrants from Latin America has decreased from 69.4 percent in 2005 to 42.9 percent in 2013, whereas the share of Asian immigrants has increased from 17.3 percent in 2005 to 40.4 percent in 2013.

Almost seven million Texas residents, or about 85 percent of those who speak a language other than English at home, speak Spanish. Vietnamese is the second most spoken language, followed by Chinese, Tagalog (the language spoken in the Philippines), German, French, Hindi, Urdu, Korean, and Arabic.

Among the major metropolitan areas, Bexar County has the largest share of residents who speak Spanish at home, at 34 percent. In Fort Bend County, considered the most ethnically diverse county in the U.S., only 17 percent of the student population is white, and children speak more than 100 different languages at home.