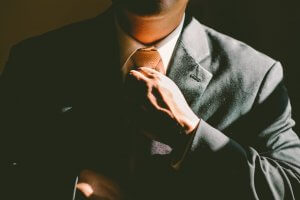 During this month, the number of U.S citizens that are either working or looking for a work, hit a new record high at around 160,100,000! This number surpassed the 160,000,000 mark and were released by the Bureau of Labor Statistics. Only during the last month, there were about 159,700,000 American citizens in the labor force.

During February 2017, more than 340,000 American citizens joined the labor force while, on the other hand, there were around 176,000 who left. Also, the number of U.S citizens not participating in this labor force significantly declined from 94,400,000 in January, 2017, to 94,190,000 in February, 2017. The bureau counts those not in the labor force as people who do not have a job. Also, people that did not actively seek one in the past four weeks.

During the last couple of months, the labor force participation rate, which is the percentage of the U.S  citizens that have a job or actively looked for one in the past months, increase from around 62.9 percent in January, 2017 to 63. Percent in February, 2017.  On the other hand, the number of unemployed individuals declined by 107,000 U.S citizens, leading to a decline in the unemployment rate.

Overall, the unemployment rate for all Americans was declined from around 4.8 percent in January, 2017 to 4.7 percent in February, 2017. This measure doesn’t calculate those individuals who have dropped out of the labor force. It only measures the percent of those who did not have a job but actively sought one over these last months.

Previous The second bid of travel ban Trump launched, was Knocked Down by U.S. Judges
Next The Opening date for new H-1B petitions for 2018 is finally released