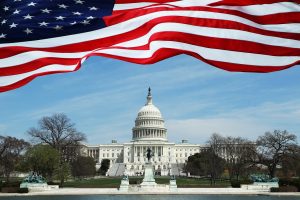 Washington has the 10th largest immigrant population in the U.S. with almost 930,000 foreign-born people living in the northwestern state, according to a recently published report. About 12 percent of the state population was born abroad but percentages vary from one city to another.

Immigrants are a vital part of the state labor market. In crop production, for instance, foreign-born workers account for 55.1 percent of the total number of farm workers who pick up fruits and vegetables. Immigrants also make up 42 percent of maids and housekeeping cleaners and more than 30 percent of cooks and dishwashers.

College-educated immigrants also account for a large part of the highly-skilled positions in Washington. More than one in six physicians in the state is foreign-born. In 2014, about 24 percent of STEM jobs were held by immigrants, including 45.1 percent of software developers. In addition, 17.9 percent of entrepreneurs are foreign-born and six out of the 10 ‘Fortune 500’ Washington-based companies had at least one founder who was an immigrant or the child of an immigrant. These businesses employ more than 400,000 people and generate about 250 billion in annual revenue.

According to the same report, in 2014, immigrants living in Washington earned $30.9 billion.