Almost five million European immigrants live in the US 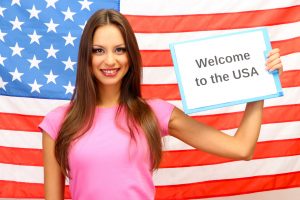 European migration to the United States has steadily declined since the 1960s, so that European immigrants, once the majority of incomers, now account for just 10 percent of the total immigration population. According to the Migration Policy Institute, as of 2014, there were 4.8 million European immigrants living in the U.S. Among them, 2.1 million or 44 percent are from Eastern Europe. Western Europe (960,000 residents) and Northern Europe (931,000) each accounted for roughly 20 percent, whereas Southern Europe accounted for 16 percent, at 775,000.

Statistics also show that European immigrants are older compared to both native and foreign-born population, with a median age of 53 years. They are also more educated than the other two categories and have higher incomes. In 2014, the median household income for Europeans was $60,000, above the $49,000 median for immigrant households and $55,000 for native-born households.

2016-11-24
Cristina
Share
Previous More than 4 million US employees to get paid for overtime
Next Relocation? Tips for a Hassle-Free Arrival