Almost 1.3 million Vietnamese immigrants in the US 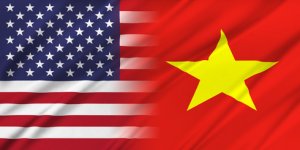 Individuals from Vietnam make up the sixth largest immigrant group in the United States, after immigrants from Mexico, India, China, the Philippines, and El Salvador. As of 2014, almost 1.3 million people born in Vietnam were living in the U.S., accounting for 3 percent of the nation’s total of 42.4 million immigrants.

California is home to 39 percent of the overall number of immigrants from Vietnam. Texas is the second most popular state, at 13 percent, followed by Florida and Washington, each at 4 percent. Most of those who came to the U.S. have obtained a green card as family-sponsored immigrants or relatives of U.S. citizens.