A record number of US billionaires are immigrants 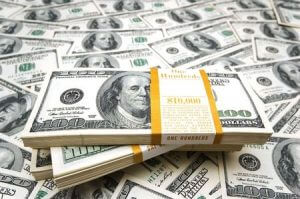 The latest Forbes list of the 400 richest Americans features 42 immigrants from 21 different countries, the largest number on record. The 42 immigrant billionaires have a combined net worth of $250 billion and all but two are self-made.

The richest immigrant in the United States is now Google co-founder Sergey Brin, who was born in Moscow and arrived in the U.S. when he was six. According to the Forbes list, he has an estimated net worth of $37.5 billion. WhatsApp co-founder Jan Korum, from Ukraine, is also on the list of the wealthiest Americans, with an estimated net worth of $8.8 billion. Tesla founder Elon Musk, from South Africa, has a net worth of $11.6 billion, while John Catsimatidis from Greece, CEO of Gristedes Foods, the largest grocery chain in Manhattan, has a net worth of $3.3 billion.

In terms of country of origin, six of the richest immigrants in the United States are from Israel, five are from India, and Hungary and Taiwan each accounts for four wealthy U.S. immigrants. As an interesting trivia, a third of the immigrants on the list are richer than Donald Trump.