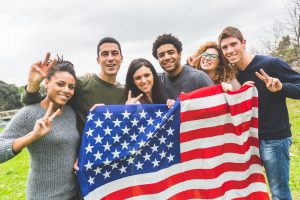 Immigration has always been surrounded by controversy in the United States. While some consider that immigrants have enriched the American culture, others fear that plurality will eventually undermine the core of this nation. No matter what side you are on, no one can argue that changes have occurred during the years as a result of the immigration process which, after all, cannot be separated from the American history.

Apart from that, immigrants are responsible for the diversity in music, films, arts or food. They have opened the doors to hundreds of different civilizations; they have enriched as well as enlarged the American culture.

Would you like to start a new life in the U.S.?
Apply For Visa