10,000 Refugees From Muslim Countries Will Get Hired By Starbucks 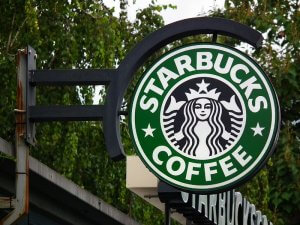 As you might already know, several major U.S corporations have declared their disagreement with Trump’s order to ban all refugees from 7 Muslim countries.

These giant corporations have not only stood against this move, but, they have also expressed the readiness to hire many refugees from these countries. Starbucks is the lasts company who has joined the other ones that say they will create many new job positions and give these people some hope. Starbucks is the leader coffee company worth billions of dollars and it’s located in more than 75 countries.

Starbucks is committed to work in helping the employees who may be affected by the order and also, the CEO, Mr. Howard Schults gave some great news to this category of people.

He reacted, referring to Trump’s executive order  declared a couple of days ago. He promised to create more than 10,000 new job openings and hire refugees in the 75 countries where this Starbucks operates in the next five years. Mr. Schultz also added that the first steps will be taken in U.S with an emphasis on hiring refugees who have served as interpreters and also, support personnel of United States armed forces abroad.

Among the other corporates that claimed to open new job positions for immigrants from 7 Muslim countries is Google which is investing over 2 million dollars. It hopes to match with employee contributions and help fund four big organizations including the American Civil Liberties Union.